On Wednesday 10th October 2012 Warrenbayne Boho Land Protection Group and the Strathbogie CMN hosted a wetland walk as a way of informally launching the Farm Wetlands for Threatened Woodlands Project. About 15 people came along for the walk, on what turned out to be a clear, crisp morning. Our guides were birdos Kathy & Christine, as we used bird diversity as a way of interpreting wetland health. The morning was organised by Debbie Hill, Project Coordinator in the Warrenbayne-Boho District. 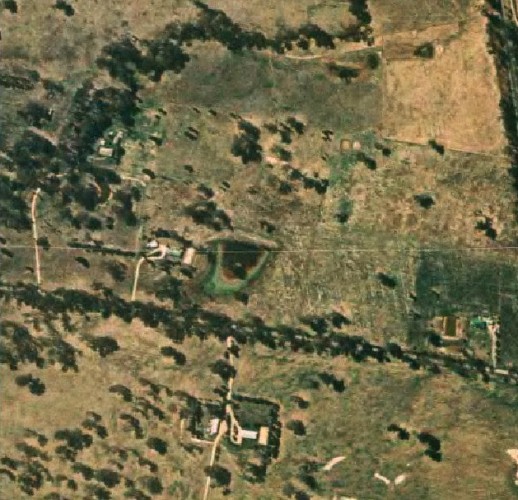 Aerial photo from 2000, showing the dam (center) and surrounds.

What was a farm dam is now a healthy, biodiverse 10 year old wetland. The rehab. program started in 2001/2 with direct seeding and some hand planting of many hundreds of native shrubs and some trees, to recreate the Plains Grassy Woodland habitat around the dam (organised by Helen Repacholi, DPI). Little did anyone know that this was the beginning of one of the worst droughts in living memory and as the drought deepened, all involved were concerned about the likelihood of success.

These two B&W photos show early progress of the direct seeding during the depths of the drought. 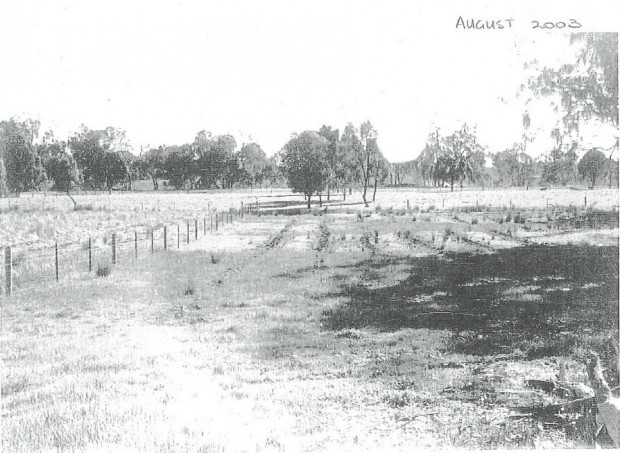 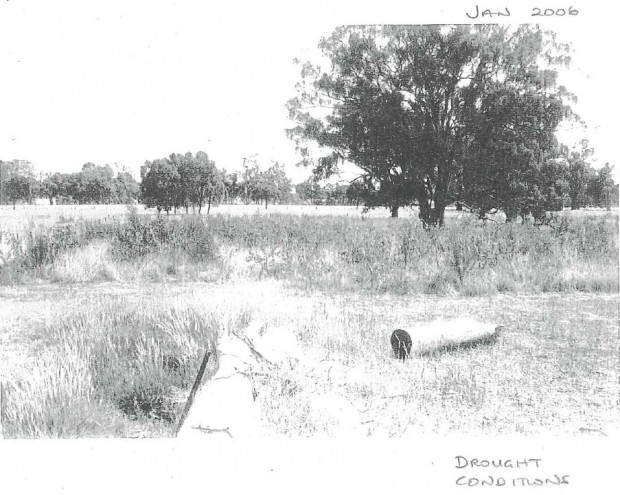 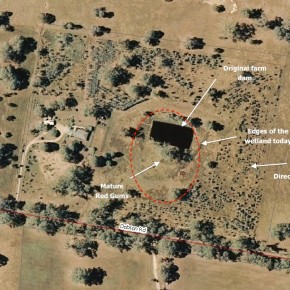 At low-water the rectangular farm dam is clearly visible. In wet years the area to the south of the dam also floods (see later pics). 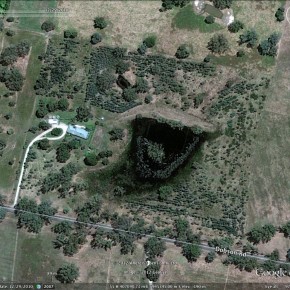 These days, with two years of good rain to keep it topped up, the farm dam has been transformed into an ecologically healthy wetland – like this (right). Importantly, the exclusion of stock has allowed the water-plants to regenerate and spread, providing critical habitat within and around the wetland. 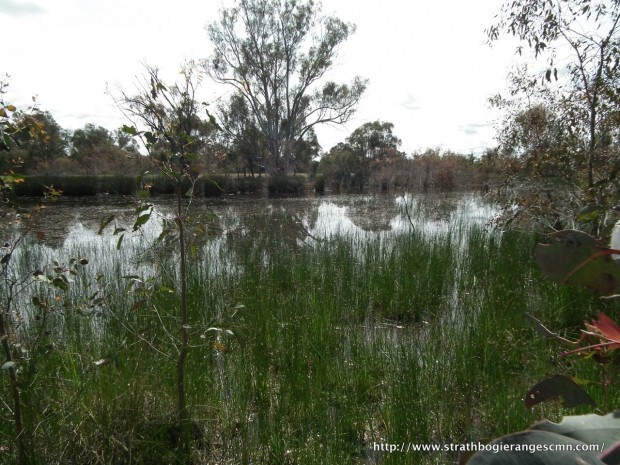 We now know there was no need to have worried about the success of the project. The site is flourishing and for relatively little effort the district has gained a significant ecological asset, as the pictures of our visit (below) will attest.

But it won’t always look like this. Like most wetlands in this landscape, this one will go through periods of alternating wet & dry, which is natural. Rehabilitating a wetland doesn’t mean it will or should always be flooded. But a healthy wetland will be a refuge for local wildlife in dry times, then be able to respond quickly to rain, supplying food and habitat for a multitude of plants and animals, which in turn provides benefits to the surrounding landscape, as well as lots of joy for human visitors! 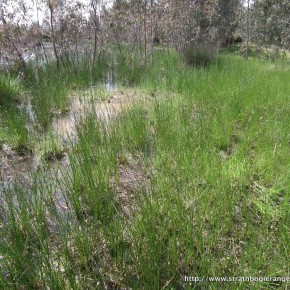 Fringing vegetation – critical habitat and the ecological ‘heart’ of every wetland. 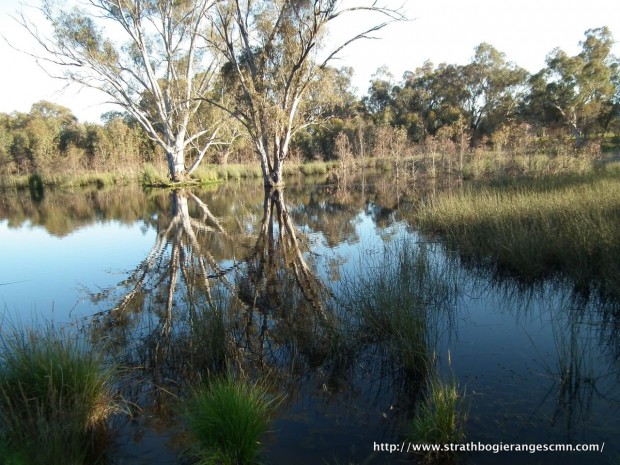